Posted on January 1, 2014 by charlottenjrolt

As 2013 draws to a close, you can’t help but look back and think about all the good things that have happened over the course of the year.

I started the year by setting myself a challenge of cooking a different recipe every time we ate an evening meal at home. And I’m proud to say the challenge was smashed! BBC Good Food website became my best friend and old recipe books have been rekindled and poured over looking for different ways to serve up prawns, seabass or salmon (the staples of our weekly meals). My cooking skills have improved and my confidence in the kitchen has soared as I’ve covered recipes from cuisines around the world.

I also found a second passion this year…my blog. Having spent so long deliberating about writing a food blog, I’m so glad I finally put finger to keyboard and had a go.  I’ve enjoyed cooking / baking different types of breakfasts, cakes, brownies, breads and tea time bakes and equally taken pleasure from writing about them and the memories the bakes have conjured up.

There have been many highlights over the year, but my top ones include: 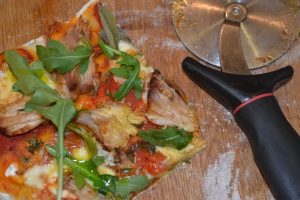 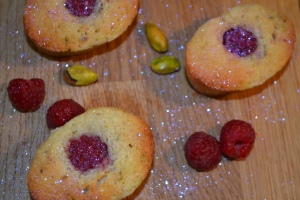 We’d invited my parents over for New Years Day for a light lunch along with my sister and having purchased a lot of cheese in preparation for Christmas Day, I thought it might need an accompaniment.

We’d bought a rather large selection of cheese from Secretts in Milford a few weeks ago, however, with the size of the rib of beef on Christmas Day along with the orange spiced cake with Christmas pudding ice cream, we just didn’t have any room left for the cheese board.

So a lovely fruity bread to accompany our cheese board was my mission for New Years Day morning. I came across a cracked black pepper and figgy bread recipe on the BBC good food website which I thought sounded delicious against a piece of creamy cheese. Plus, the bread recipe didn’t require a lot of kneading and proving time which would be a bonus after what was likely to a late start after New Year’s Eve.

As I only had wholemeal bread flour in the cupboard, I used that rather than the white bread flour suggested in the original recipe. This clearly gives a slightly heavier bread, but the fruity figs gave an almost fudginess to the bread which was quite delicious.  A lovely crisp crust was formed and the chunky pieces of fig spread throughout the loaf were tasty, chewy and deliciously sweet.

I’m already thinking that the bread would work really well for some cheese on toast later this evening when you’re just feeling a little bit peckish again but haven’t quite got the energy to put anything more together.

2014 looks to be a very exciting year and I and I can’t wait to see what it brings! 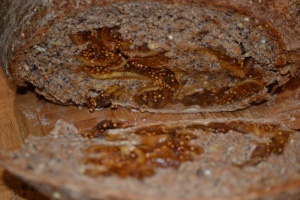 I used a kitchen aid mixer with the dough fork as I was short of time.

In a large bowl, mix together the flour, pepper, salt and yeast. Stir in the olive oil and enough warm water to form a soft dough. Turn out onto a lightly floured surface and knead for about 5-10 minutes until smooth and elastic.

Put the dough in a lightly oiled, large bowl. Cover with oiled cling film and leave in a warm place for about 1 hr or until doubled in size.

When the dough has risen, knead it again to incorporate the figs, by pushing the dough and lightly kneading them in. Don’t overwork the dough and don’t worry if the loaf looks a bit rough with all the figs.

Shape the dough into a rough oval and put on a lightly floured baking sheet.

Using a knife slash the top of the loaf and sprinkle over a little flour. Leave it to rise again, uncovered, until slightly swelled, which should take about 30 minutes (if the kitchen is warm).

Bake for 45 minutes until it sounds hollow when you tap it underneath, then cool on a wire rack.

Serve with your favourite cheeses.